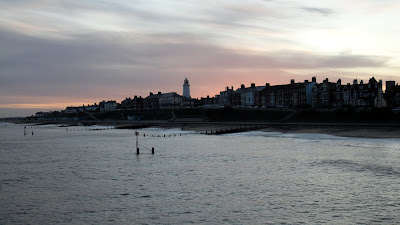 Jon and I like to take long weekends away and now that we have Dusty we try to plan around him. We decided to take a 4 day break to Southwold along the Suffolk coast.

We stay in a cottage managed by Suffolk Secrets. It was great because it was a 30 second walk from the beach and more importantly allowed the pup to stay with us. I think his stuff took up more space in the car than ours did. It only was a 2 hour drive from Cambridge and quite scenic.

Southwold is a coastal town and home to Adnams beer. You will most likely find this beer in the East Anglia area. It was a flourishing Victorian holiday resort and the pier was built in 1899 but the railway line to London was closed in 1929 so that allowed the village to stay locked in time.

There is a great walk that goes around the village and allows you to see the best sights. It begins and ends at the pier. It is an easy walk so don't let the distance put you off. You can never get lost in Southwold because of the lighthouse in the centre of the town.

One of the most amazing things to see in my opinion, is the church that you can see dominating the skyline. St Edmund King and Martyr Church is a 15th century church. You can tell the importance of a town by the size of the church and Southwold was very important coastal town. The best part of the church is the 16th century painted screens and the angel beams.

We also went on the Adnams Brewery tour which was great. Its great to go on these tours even if you have been on one before as you pick up something new on every tour. The tour guide was great, we were able to taste some of their products and I found a beer that I like!

We ate at some of the local restaurants and pubs. I can recommend the Blue Lighthouse, Lord Nelson and the Kings Head.

If you are bringing your dog, they are only allowed on the beach outside of the main season but even if it is cold it is worth it. Dusty loved the sea and running on the beach and then we didn't think he was missing out. Also the cottages were cheaper off-peak.

If you want to see more pictures you can see them on our facebook page. 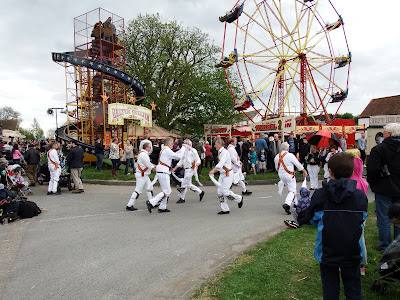